A contest honoring the memory of Rossiya Segodnya war correspondent Andrei Stenin, has announced the winners in each category and the honorable mentions 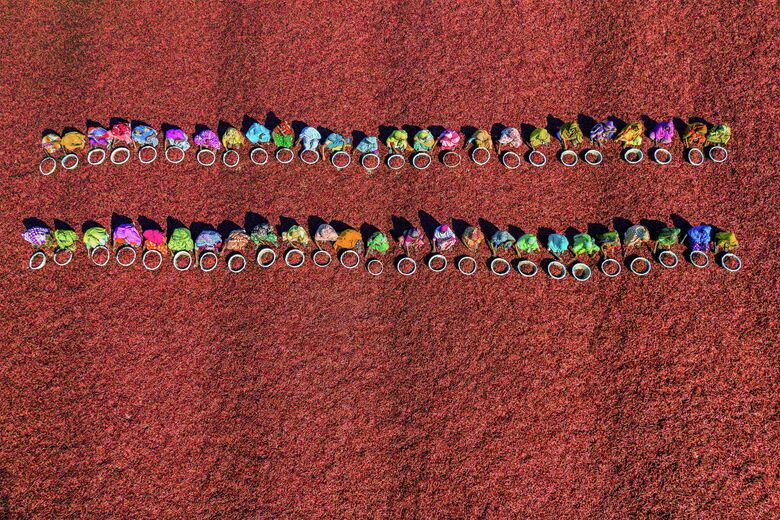 Russia’s only international platform for young professional photographers, a contest honoring the memory of Rossiya Segodnya war correspondent Andrei Stenin, has announced the winners in each category and the honorable mentions. The expert jury decided not to award the Grand Prix this year.

Contest curator Oksana Oleinik said that photography has become a strong form of communication in the modern world thanks to its universal language.

No matter how challenging the times are, young photojournalists master this universal language perfectly.

The contestants remain drawn to the most pressing topics, including human-nature interaction and the resulting environmental issues, political and ethnic clashes and social challenges.

“Using the photography tools in their narration, our winners can think outside the box and see beyond the frame,” Oleinik noted.

In Top News, two first prizes went to Shield Wall, an emotional street report captured by Guatemalan photographer Esteban Biba about the clashes between the country’s law enforcement officers and the migrant caravan from Honduras in the village of Vado Hondo in January 2021, and Just Numb, a photo story by Indian journalist Chandan Khanna about a tornado that hit Kentucky, US, in December 2021, ruining Christmas for thousands of families.

In Sports, Russian photographer Edgar Breshchanov won the best single for The Man Who Changed Everything, which captures Patson Daka, the hero of the 2021/2022 Europa League group-stage match between Spartak Moscow and Leicester City, doing a somersault. Best series went to Bone Crushers by another Russian, Yevgeny Konoplyov, about haer shaalgan, a traditional Buryatian pastime that was recognized as a national sport in 2020.

A mesmerizing ethnic photo featuring Red chili pickers by photojournalist Abdul Momin from Bangladesh was named the best single in My Planet. The documentary series Alpaqueros by Italy’s Alessandro Cinque about a Peruvian community living along the Andean plateau won best series.

In Portrait. A Hero of Our Time, first prizes went to photojournalists from Bangladesh and Iran. Lights and Hope by Muhammad Amdad Hossain from Bangladesh, about lighting lamps in the Loknath Brahmachari Ashram in Dhaka to mark the festival of Kartik Brata, won best single.

Hidden Dream, a series of women’s portraits by Iranian photojournalist Shaghayegh Shayankhah about the residents of Jazireh-ye Shif village and island in the Persian Gulf, southern Iran, won best series.

In keeping with tradition, special prizes were awarded this year in all four categories, Top News, My Planet, Sports and Portrait. A Hero of Our Time. The prizes were offered by the contest’s long-term partners, Al-Mayadeen TV and the International Committee of the Red Cross (ICRC).

The single photo Chapel Turns Into a COVID-19 Ward by Dante Diosina Jr. from the Philippines and the photo series Sport and Fun Instead of War and Fear by Syria’s Mouneb Taim received the special prize of the International Committee of the Red Cross for humanitarian photography in Top News and Sports, respectively.

Al-Mayadeen TV awarded two special prizes. One went to the single photo Cracking the Ice captured by Indian photojournalist Rajendra Mohan Pandey in Srinagar, the Indian region of Jammu and Kashmir, during a cold winter (My Planet). A single by Russia’s Vitaly Nevar, Unknown Soldier, competing in Portrait. A Hero of Our Time, received the second special prize.