Indonesia’s Ambassador in Moscow addressed the online session of the SputnikPro project on Friday for students in Yogyakarta (UPNYK), Indonesia 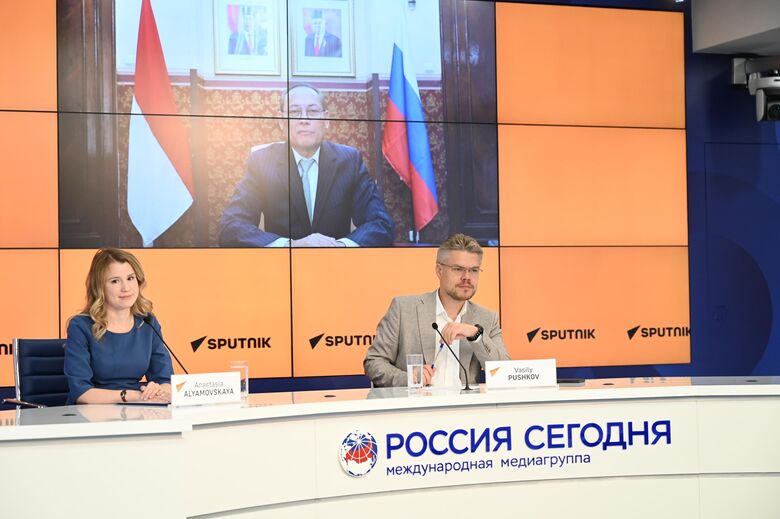 Indonesia’s Ambassador in Moscow Jose Tavares addressed the online session of the SputnikPro educational project on Friday for students at the Veteran National Development University of Yogyakarta (UPNYK), Indonesia.

Vasily Pushkov, Sputnik's head of international cooperation, also delivered a speech to the three hundred social sciences and humanities students, describing the structure of the global media market in the digital age and the specifics of working with an international audience.

“The master class of the Sputnik International News Agency and Radio Sputnik held for the students of the Indonesian UPN ‘Veteran’ Yogyakarta was very timely and useful,” Tavares noted.

In his video message to the participants, the Indonesian ambassador added that he hoped the workshop delivered by the Sputnik practitioners would help students in their future studies and research.

We are excited about the Sputnik workshop. The event was wonderful. My students are full of enthusiasm. They got many topics for reflection after the session.

The UPNYK is a large private university in Yogyakarta, Indonesia. The university hosts departments of social and political sciences, mineral technology, economics and business, industrial engineering, and agriculture.