The first training module, coordinated by the Xinhua news agency, ended on Monday and was attended by journalists from CMA (Brazil), The Hindu (India) and etc. 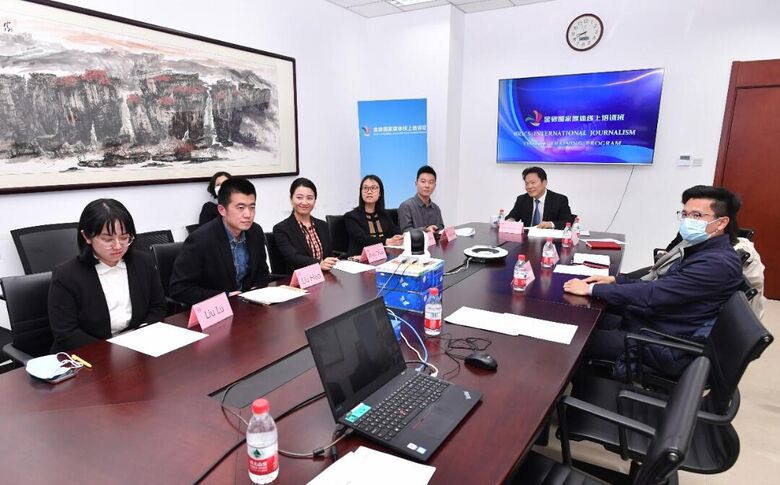 Sputnik international news agency and radio has joined the BRICS School of Journalism. The first training module, coordinated by the Xinhua news agency, ended on Monday and was attended by journalists from CMA (Brazil), The Hindu (India), China Daily, CGTN (China), and Independent Media (South Africa).

Running from December 2021 through March 2022, the project included lectures by media professionals, members of the BRICS presidium and other experts. The training module covered podcast and video production, data journalism, generating traffic, sport journalism and the Olympic Games, social media and the phenomenon of fake news.

Oleg Dmitriyev, Advisor to the Rossiya Segodnya media group (Sputnik’s parent holding), was among the instructors.

The BRICS School of Journalism is a unique teaching and journalism experience. For the first time, I have recorded two hour-long lectures in English, one on choosing a reporting angle and the other on podcasts. Receiving feedback from around the world was the most exciting thing. Not only did our students answer my theoretical questions, they also suggested examples of how they see and understand these topics. This kind of journalistic solidarity is a brilliant opportunity to stick together because in the modern world, Western journalism builds a cult around itself and refuses to listen to voices from other countries. Everything was different in this project, and I am grateful for this opportunity.

The BRICS Online School of Journalism is an extension of the BRICS Media Forum established in 2015. Sputnik is on the forum presidium along with Xinhua, CMA, Independent Media and The Hindu.