For the second year in a row, the contest has invited representatives of major international media and celebrated photographers, who have already rated contestants’ entries in previous years 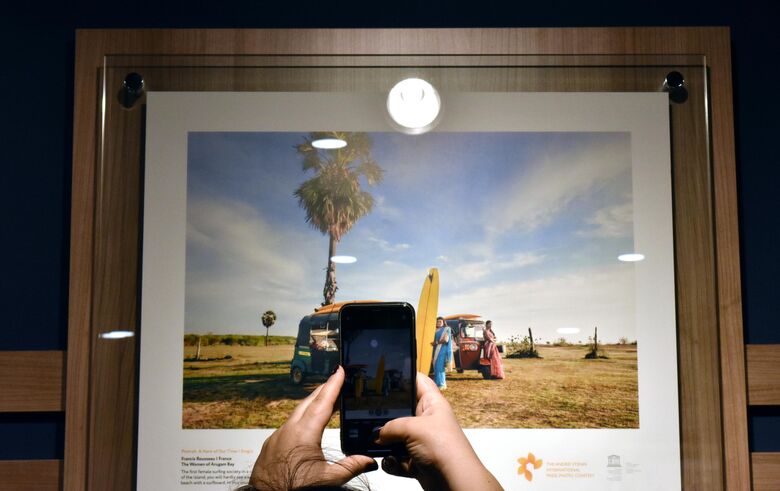 The 8th Andrei Stenin International Contest for young photojournalists has named the members of its jury. In 2022, the contest has preserved the algorithm of forming an all-star team of judges. For the second year in a row, it has invited representatives of major international media and celebrated photographers, who have already rated contestants’ entries in previous years.

My first time as a jury member in the Andrei Stenin Contest was in a different era. We were free to travel and meet people. Now when we are restricted by the COVID rules, all will be different. I am certain of one thing. I will have again the pleasure to go through many excellent pictures. I am happy that many young photo journalists got their first recognition by winning the different categories of the contest. Andrei Stenin Contest is a great trampoline in the carrier of any photographer. Chief photo editors around the world are familiar with the level of qualities any photographer must have in order to win in this contest. The way winning pictures are going around the world opens many unexpected doors for their creators. All this is giving me energy to choose the best photos and feel satisfied of giving a flying start to the new generation of photo journalists.

Peter Bitzer, member of the extended board of German Photographic Society: “When I was member of the Jury first time, I have been deeply impressed by the very professional, enthusiastic and warm way the jury has been hosted and the jury work has been done, together with wonderful colleagues. To be part of the Jury of Stenin Contest means a lot to me. It’s also of huge importance to me as a member of the Stenin Contest Jury to see the developments in photojournalism today, done by young photographers with so different cultural backgrounds.”

Grigory Dukor, head of the TASS Photo Information Department: “The first time I sat on the jury was at the very beginning of the contest. That was before the pandemic, and the jury worked in person, sitting down at the same table in the same room to discuss their decisions. What surprised me at that time was that jury members sometimes changed their views after listening to what their colleagues said in favor or against an entry instead of relying on their own impressions. I hope it will be easier for us to stay true to ourselves this year because the contest is being held online.”

Xenia Nikolskaya, Russian-Swedish photographer, Professor, The German University in Cairo: “I became a member of the jury very early on, in 2014‒2015. It is one thing to follow their work and a completely different thing to encounter them in the jury room. We expect 2022 to bring new themes to the fore. We are living in a completely new reality now and the approach to photography has changed. For the past four years, I have been teaching photography and my view of it has become more analytical. I hope to see new creators, new stories – and a new visual language – during this year’s contest.”

Anna Zekria, founder and director of the independent Russian photo agency SALT IMAGES: “The experience I gained in 2018 as a member of the jury of a Russian contest at this level was the first of its kind. As in 2018, being a jury member for this contest gives me the opportunity to learn about new names in photography and see stories that often remain out of the media’s field of vision. Quite frequently, even if a photographer fails to win an award but his or her work has moved me, I afterwards try to keep an eye on them and provide whatever assistance I can.“

In 2022, the contestants will vie for prizes in four categories: Top News, Sports, My Planet, and Portrait. Hero of Our Time. In each category, one work can be submitted in two subcategories, Single Photograph and Series.

Works will be accepted at stenincontest.ru in Russian, or in English or Chinese until 11.59 pm Moscow time on February 28. The international jury will start its work as early as April and announce its shortlist on the stenincontest.ru website in mid-June.

Equally important for the young photographers, they will have the opportunity to display their works at Russian and international venues. Despite the worldwide restrictions caused by the Covid-19 pandemic, the Andrei Stenin contest has retained one of its most important and favorite traditions – the international touring exhibition of winning photos in various countries. The road shows enable young photojournalists to present their works to Russian and international audiences and draw attention to the most outstanding problems and challenges of modern times.

Since its launch in 2014, the contest’s exhibitions have been held in dozens of cities in Europe, Asia, Latin America, Africa, and the Middle East. Since 2018, the New York Headquarters of the United Nations, the main international organization for strengthening global peace and security, has been among the exhibition venues of the contest. In 2019, the Council of Europe in Strasbourg began hosting the contest’s exhibitions.

In 2021, the Andrei Stenin International Photo Contest was supported by major Russian and international media, news agencies and photo community organizations. The partners in several categories were the Shanghai United Media Group, the Al-Mayadeen pan-Arab information holding, and the International Committee of the Red Cross (ICRC), one of the world’s biggest humanitarian organizations.