The contest bears the name of Andrei Stenin, a photojournalist at the Rossiya Segodnya media group who died on assignment in the summer 2014 near Donetsk 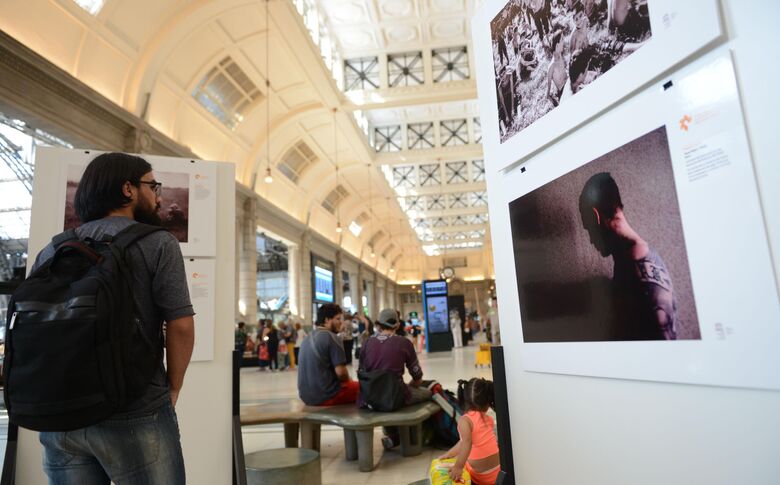 The 8th Andrei Stenin International Press Photo Contest is now open for entries in Moscow. The contest bears the name of Andrei Stenin, a photojournalist at the Rossiya Segodnya media group who died on assignment in the summer 2014 near Donetsk. As per tradition, the annual photo contest opens on Andrei’s birthday, December 22.

Young reporters from all over the world aged 18 to 33 can submit their works at the stenincontest.ru website in Russian, English and Chinese. This year’s contest will have the same number of categories as last year: Top News, Sports, My Planet and Portrait. A Hero of Our Time, and two categories – a single photo and series. One single photo and one series can be submitted in each of the categories. The submission deadline is February 28, 2022.

Despite the COVID-19 restrictions all over the world, the Andrei Stenin Photo Contest continued one of its most important and beloved traditions: the international touring exhibition of winning photos in various countries. These road shows give young photojournalists an opportunity to present their works to the Russian and international audience, and draw attention to the most current issues and challenges of today. Since the launch of the competition in 2014, there have been exhibitions in dozens of cities in Europe, Asia, Latin America, Africa and the Middle East. Since 2018, the New York headquarters of the United Nations, chief international organization for strengthening global peace and security, has been among the exhibition venues of the contest. In 2019, the Council of Europe in Strasbourg began hosting the exhibitions.

There is a well-known Latin saying: The times change, and we change with them. The pandemic has changed the configuration of today’s world drastically; it affected our lifestyle and the reality of many professions. Nevertheless, many of these changes benefited our contestants by strengthening their creative spirit, helping them grow in the profession and develop imagination, and giving a boost to their projects. The contest marks eight years in 2022. It has brought many young photographers into the professional orbit, and they made a name for themselves. Our team is very proud of them, and is very happy. We welcome our new participants and wish them good luck!

The Andrei Stenin International Press Photo Contest 2021 was held with the support of major Russian and international media outlets, information agencies and the photo community. The partners of several categories were the Shanghai United Media Group (SUMG), the Al-Mayadeen TV pan-Arab media holding, and the International Committee of the Red Cross (ICRC), one of the world's largest humanitarian organizations.

The Andrei Stenin International Press Photo Contest, organized by Rossiya Segodnya under the patronage of the Commission of the Russian Federation for UNESCO, aims to support young photographers and draw public attention to the challenges of today’s photojournalism. It is a platform for young photographers – talented, sensitive individuals open to all things new – to highlight people and events surrounding us.