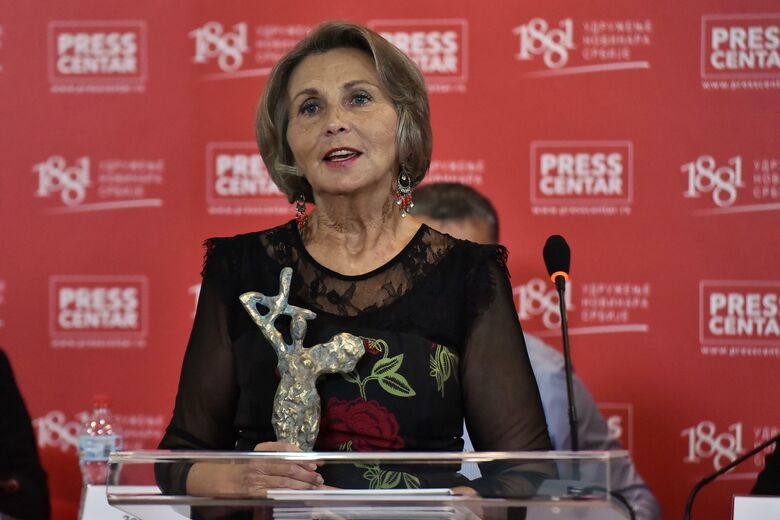 This year Sputnik Serbia won two prestigious Golden Nika (Zlatna Nika) awards at the 26th Serbian Interfer International Reporting and Media Festival. The jury honored a selection of Sputnik video reports and awarded the Golden Nika statuette to Emir Kusturica’s auteur film made for Sputnik. The film Sex, Sport and Faith in the Eternal Today is about music, friendship and the lightness of being.

The award ceremony took place on Sunday in the Press Center of the Union of Serbian Journalists in Belgrade. The Serbian poet, writer, screenwriter and journalist Pero Zubac chaired the jury of the Interfer competition. Ljubinka Milincic, editor-in-chief of Sputnik Serbia, accepted the Golden Nika statuette for the best reports.

I would like to thank all those present and my wonderful editorial board, which made these incredible reports that were considered the best. We received many awards in the six or seven years of Sputnik’s existence but this competition remains one of the dearest to me because Interfer was the first no notice our work. This is not the first award we receive at the festival and I hope it won’t be the last one. I think we paved the way to a different view of the world, which had not been presented here for many years. The jury’s recognition is the best proof of this.

Emir Kusturica spoke at the award ceremony via video conference. He said, in part: “After all I have done in cinema, television and video production, I believe it is time to rejoice over this Grand Prix that was received thanks to Sputnik and those who can imagine a level of freedom when people can create what they want.”

A renowned filmmaker and musician, Emir Kusturica began working with Sputnik Serbia in September 2021. In his auteur films made expressly for Sputnik, Kusturica shares with the audience his emotional memoirs, personal experience and his own view of the world today with its “sharp corners”: conflicts between civilizations, geopolitical splits, a clash between Christian and rational world outlook and, of course, the destiny and suffering of Yugoslavia.

Sputnik took part in the competition with four videos: a report by Ljubinka Milincic “The city of St. Savva and St. Trinity on the border with China,” which tells the story of Kyakhta, a town that was founded by Serbian Count Sava Vladislavich; a video blog “My Russia” about Red Square by Sputnik Moscow correspondent Olivera Ikodinovic; a film timed to the anniversary of the bombing of Belgrade in 1941 “Waking up under bombs: April 6, eight decades later”; and the auteur film “Sex, Sport and Faith in the Eternal Today” by Emir Kusturica, who started working with Sputnik Serbia in September of this year.